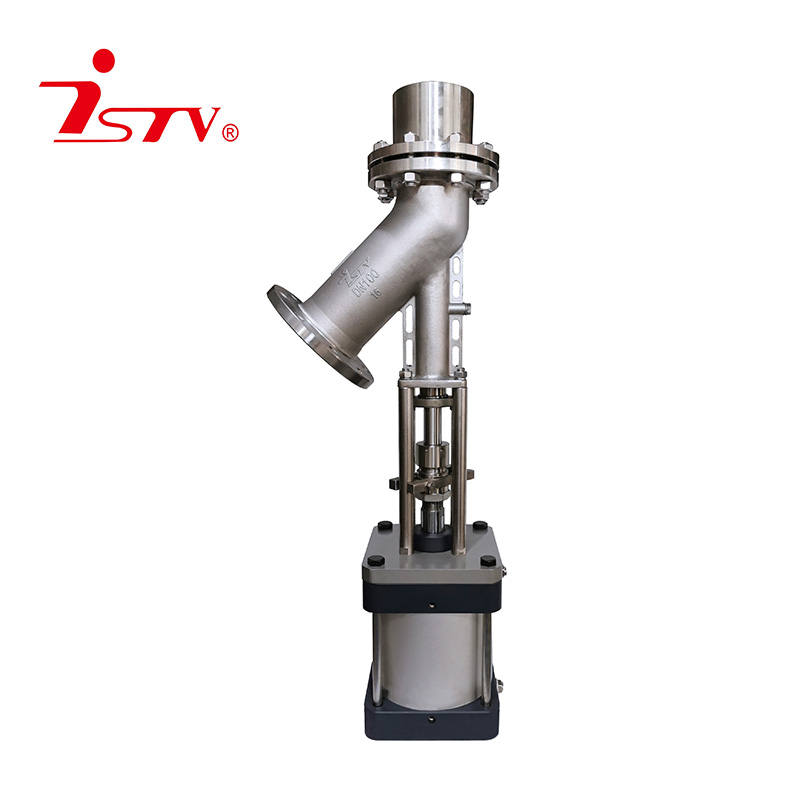 1. Design principle: we designed the transmission shaft and valve core of the tank bottom valve as a double acting function, adding a fork on the shaft rod and adding an ice breaking rotary cutter head on the top of the valve core;
2. Working principle: through the axial force to push the fork to drive the ice skate to pry the crystal, get rid of the crystal solidification lock and eliminate the gravity friction, so as to ensure the sealing and normal use of the tank bottom valve.

Standard: GB/T12235-2007 Can be produced according to other standard

Face to face: Factory standard Can be produced according to other standard

Flange End: JB/T79.1 HG/T20592 Can be produced according to other standard

Testing and inspection: GB/T13927 Can be produced according to other standard

Due to the particularity of the production process of chemical、medicine、food、biology and other industries, the media at the bottom of the tank are easy to get crystallized, and the solidified blocks are stuck around the valve core and base of the tank bottom valve, and it seriously affects the valve normal operation.

We designed the drive shaft and valve core of the bottom valve with another function by adding a shifting fork on the shaft stem, and a rotating knife on the top of the valve core, to break the solidified crystal blocks. By the axial force to push the shifting fork, to drive the rotating knife to get off the solidified crystal blocks. This prevents the media get crystallized and stuck around the valve, eliminates the risk of damage towards the bottom of the tank, ensures the sealing ability and normal operation of the Tank Bottom Valve, effectively extends its service life, improves the production efficiency and reduces the cost.

Write your message here and send it to us